Do Probiotics make a difference?

Can a car run without fuel? Can a plane fly without wings? Then have a good think about what would happen if we had no bacteria. We just wouldn’t exist. Science is just beginning to
understand the importance of the bacteria kingdom and its significant role in keeping us alive and healthy.

It is about time someone said it out loud – if you compromise your gut bacteria, your body will become unbalanced and this will lead to some sort of illness. Kill off too much bacteria and there is a good chance of chronic illness. Without bacteria, no living creature can survive.

Research is coming up with all sorts of interesting information. If you look closely, you will find many reports on bacteria playing a significant role in the arrest of many variable illnesses.
In most cases, it is a lack of certain strains of bacteria. Once this happens, there is an imbalance and different illnesses may take hold.

The most common signs of a bacterial imbalance are digestive problems with constipation or diarrhoea, food allergies and sensitivities, sugar and carbohydrate cravings. Often the person is fatigued with poor concentration and may be more prone to colds and flu with a poor immune system. Acne, eczema, fungal infections and inflammatory disorders are also common signs.

One example of a link to a bacterial imbalance is autism. It is known that the bacteria Lactobacillus plantarum is compromised in the gut of people with this condition. Numerous case studies have demonstrated an improvement in health status when good bacteria is introduced back into the diet.

So what kills off our life force and the bacteria in our gut and in our food chain? We can start the list with chlorine, fluoride, pesticides and herbicides (used on most foods we consume
every day), drugs, birth control pills, stress, alcohol and of course antibiotics.

If you never come into contact with any of the above, you can then add to the list exhaust fumes, toxins from various pollutants that are pumped into the air, chemicals for cleaning the house
and kitchen and many of the chemicals in the toiletries and cosmetics we put on our skin daily.

If you are free of these then the rest of this story is of no benefit to you. But if you do come into contact with any of the above, it is time to have a good think about the state of your own living life force – your own body’s bacteria levels.

Since when did these bacteria play such an important role in our lives? To understand this, we need to go back billions of years in time when the only things that existed on this planet were rocks, air, water, sunlight and bacteria. Bacteria ruled the earth for over 4 billion years and then one day two bacteria united, creating the world’s first mitochondrion.

Every living thing in existence today is the result of this union and no plant, animal or human can survive without bacteria. Take humans for example. The gut alone is host to over 500 species of bacteria and more are discovered every year. Each species plays its vital role in helping to keep the gut clean and healthy, keeping the probiotic (good) and pathogenic (bad) bacteria levels in balance and in turn keeping the host alive. Beneficial bacteria or flora do much more than counter pathogenic or unfriendly bacteria. They also provide us with other, powerful benefits.

It is laughable that some commercials promote acidophilus as if it is the only bacterium needed for the entire body. Acidophilus is just one strain of bacteria that inhabits a specific part of the digestive tract. What about the other 500 strains and replenishing the rest of the body?  You could compare it to only watering and fertilizing one area of a botanical garden. Only one area has a chance to flourish and survive and without the rest of the garden having life there is no botanical garden.

As mentioned, bacteria play many roles including supporting the digestive system’s ability to stay healthy and break down and absorb nutrients from the food we eat. Imagine having a digestive system that was unable to absorb nutrients from one’s diet. How long could we last before we became sick? This is a question many newly-diagnosed coeliacs ask when they find out later in life (the average age of diagnosis is 40 years) that they may have lived their whole lives with a damaged small intestine caused by a severe reaction to gluten. This reaction drastically reduces the intestine’s ability to absorb nutrients, causing undiagnosed coeliacs to be malnourished. Rates of major diseases are far higher than average for someone with coeliac disease including rates of some cancers, diabetes, digestive diseases and osteoporosis.

To understand how bacteria work together, imagine a universe with 100 thousand earths, all with 5 billion people on each and the intention of every living being on each earth is to keep the shared universe alive. Each earth would not pollute its environment; each inhabitant would help its neighbor with the intention of improving the universe.

Well, we have our own universe inside us with trillions of bacteria working in colonies with the intention of keeping the host (us) alive. It’s a shame humans could not work together like our bacteria.  So if bacteria are so good for us, why are so many illnesses taking over the Western world?

Just go back to the start and recall the many agents that kill off the good bacteria in our body. There is your answer. We come into contact with these toxins every day. Man has now patented over one million chemicals. We call it progress, but our progress is also affecting our health. These chemicals have the ability to kill off our bacteria in one way or another. In her book, ‘Stop the 21st Century Killing You, Paula Hamilton Bailey points this out very clearly. She charts the increase in illness and disease with the increase in chemical production and exposure. She made a very poignant comment at a conference I attended recently, saying, “If humans were cannibals, we would be on the banned food list because we are just too toxic!”

You can do your best by taking all the potions under the sun, but if your gut bacteria and digestion are compromised by these toxins, you will not be absorbing the full goodness from whatever diet you are on or whatever concoction you are taking. It is simply just a waste of time and money. So with this in mind, isn’t it time to start looking for a good way to top up the very thing that keeps us alive – bacteria!

There are many types of bacteria. The art is finding one that is natural, compatible with the human body and will stay alive long enough to get to where it needs to go – your gut. You can find them in soil-based organisms, but isn’t this the end of the food chain? You can find them in dairy products, but many people react to dairy products and this is a condition that is becoming more common. To make matters worse, these sorts of probiotics typically only have a few strains in them. The gut alone has over 500 species so the higher the number of strains you can get at one time to replenish the whole gut, the better.

A safe alternative is to get your bacteria from fermented foods and you can now find products like this that are not only gluten and dairy free but also have over a dozen strains of lactobaccilli (bacteria), not just one or two. Why ferment the food? If you consider the fact that fermented cabbage has 20 times more viable vitamin C in it than before the fermentation process, then you can understand that by fermenting foods you are going to receive highly concentrated forms of nutrients – vitamins, minerals, amino acids, essential fatty acids and enzymes.

The fermentation process is like having a stomach outside of the body. The bacteria are combined with the foods and break them down, in effect digesting them so you end up with pre-released nutrients in a form the body understands and can absorb easily. This means the nutrients have an easier path to the cells, especially for someone with a compromised digestive system.

Another good way to have probiotics is with the food they came from or were fermented with. This gives you both the nutritional value from the food as well as the bacteria that are alive in their own food source. Far better than a tablet or a capsule. The proof of the pudding is in the tasting however. Try to find a really good quality fermented probiotic and see if you don’t feel better after taking it for a time.

Don recently returned to Australia from the UK where he marketed health products and lectured on health and the importance of bacteria. Since returning to Australia he has further developed his fermented food range to include a probiotic for those avoiding Gluten and Dairy in their diets. For more information visit www.nuferm.com or call NuFerm direct on 07-554-92-554 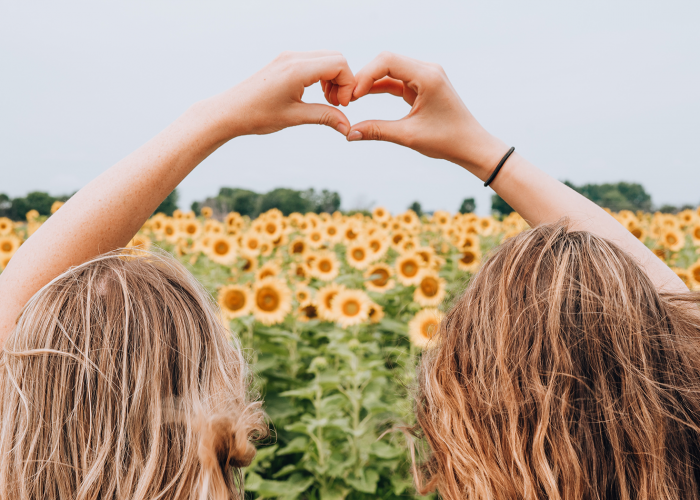 Love yourself from within.

Getting a belly full of viable, active bacteria. To be healthy, we need to have a […] 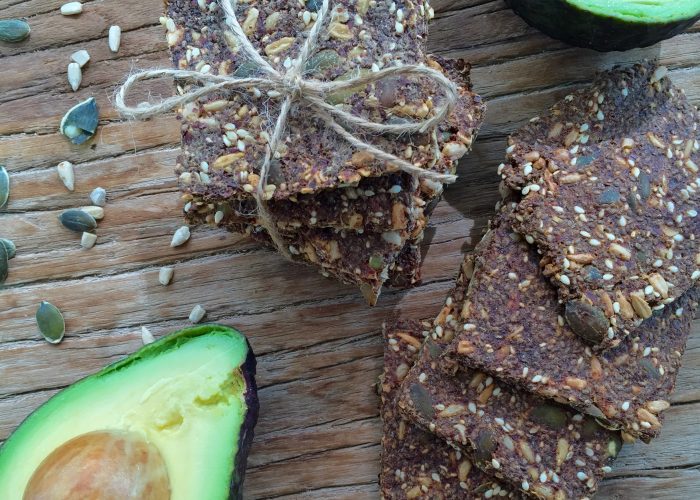 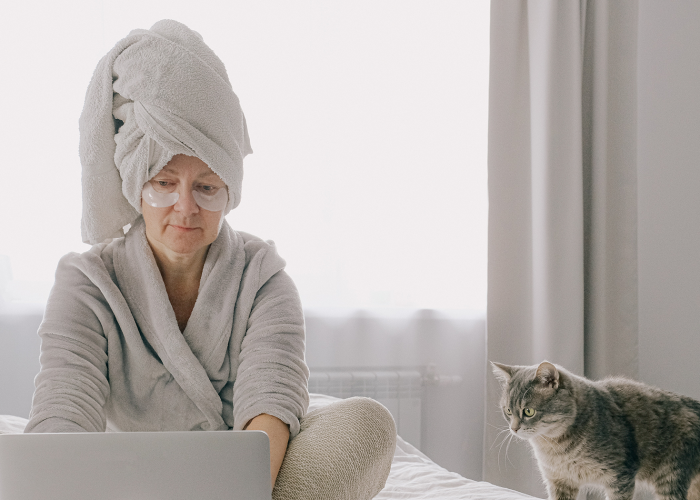 Health is an inside job

Happiness doesn’t need to come from possessions or money, in fact many wealthy people suffer from […]